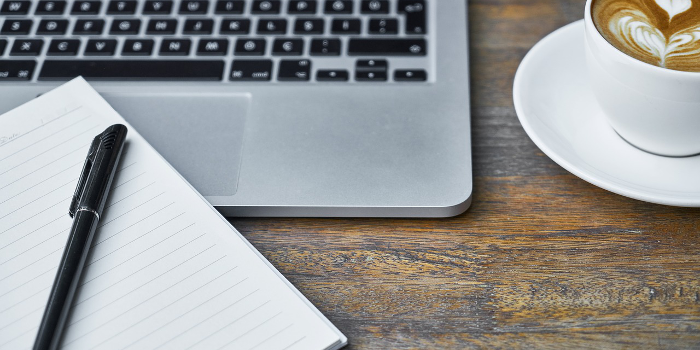 If critics tell you that your stories have too much dialogue, maybe you should consider writing scripts. It’s different from writing ordinary prose. For one thing, a script is not the finished work of art. It’s the blueprint that the director and actors use to create the work of art. The good news about that: your words don’t have to carry all the weight. As a playwright, I like the way a stronger actor can make up for my weaker writing. Unfortunately, the reverse is also true. But though a bad actor can completely misinterpret a perfectly clear line, a good actor can bring out the meaning that you were not quite able to express through words alone. Unlike a novel, there will be no great literature unless a character speaks it. An inarticulate man doesn’t change just because you have a big noble speech you want him to make.

Every writer needs to remove anything that doesn’t advance the story, but that’s particularly true for scriptwriters. And sometimes you don’t realize that a scene doesn’t advance the story until you try removing it and discover that it still works. William Goldman, who wrote The Princess Bride and Butch Cassidy and the Sundance Kid said, “You always attack a movie scene as late as you possibly can. You always come into the scene at the last possible moment.”

In the same way, once you’ve made your point, don’t belabor it. Always leaving them wanting more. Otherwise, they may start wanting less and leaving the theater early. A joke works best when it’s given no extra emphasis, when all the fat has been trimmed. Alfred Hitchcock told an interviewer in 1960, “How does one describe drama? Drama is life with the dull bits cut out.” Writing is a balance between saying too much and saying too little.

The visual nature of the screen or stage makes it easier to follow the writer’s rule of “show, don’t tell.”The rule is harder to follow on radio and podcasts, because they cannot show anything visually. So a scriptwriter must turn to narration, as he might in a book, or to less-than-subtle dialogue: “Look out, he has a gun!” Early TV hadn’t found its sea legs yet as a visual medium, and perhaps depended on narrators more than necessary. But a film or play is more than a book in visual form.

In an intriguing novel (nameless here, so I don’t ruin it if you haven’t read it), friendly inhabitants take a mistrustful visitor into their home for the night. As he lies down to sleep, he slowly realizes that maybe his hosts have put on a friendly appearance only to trap him. In the television miniseries adaptation, the exposition depends on the visitor thinking out loud in bed for several minutes as his host listens. It was awkward:

What if you plan to spring on me as soon as I realize the danger?

Thank you for reminding me. I'll do that now.

Maid and butler talk on a do-it-yourself basis, since you don’t have to pay a maid or butler. No wonder the novelist found the miniseries “just boring.” This scene could easily have been adapted more cinematically, showing not telling, based on the novelist’s own words.

The CAPTAIN is lying in bed. He glances at his HOST in the other bed. He lifts his head to look again more closely. His host's bedsheet is pulled back, revealing his hand.

CLOSE UP - the HOST'S HAND
has four fingers, with claws.

The Captain carefully rolls back the covers. He slips from bed and walks softly across the room.

Where are you going?"

For a drink of water.

But you're not thirsty.

FOOTSTEPS as the captain tries to run across the room.

SILENCE. The TICKING of an old CLOCK.

People don’t need to say exactly what they mean.

In real life, people don’t say, “I asked you how you were doing because I wanted you to ask me how I was doing, since I wanted to talk with you so that you would feel comfortable enough with me to say Yes when I asked you out on a date.” Real life is more subtle. Behind the text, there is the subtext – the thoughts that motivate the character to speak. When a scene has too little subtext or subtlety, people say it is “too on the nose.” We don’t need everything spelled out, and it isn’t as much fun. You don’t want a mystery writer to spell everything out, do you, except perhaps at the end. We can tell if someone is romantically interested in someone else by the way they say, “How are you doing?”

A script leaves less to the audience’s imagination.

Many authors make a point not to describe their character’s appearance too precisely, to make it easier for diverse readers to relate to the story. But when you see The Hunger Games on the screen, now you know what Katniss Everdeen looks like, and can no longer easily imagine that she looks like you. Unless you happen to look like Jennifer Lawrence. However, the writer can only suggest visual details. He or she cannot mandate that the movie be filmed in New Zealand and co-star Kevin Bacon, much as the writer may visualize the story just that way.

If you submit your novel to a publisher, and it isn’t double-spaced with a one-inch margin (with only one space after a period), you will appear inexperienced and possibly inept, which you don’t want to be. But a script has even more complex formatting requirements, with lots of white space, specific indents, and particular capitalization conventions. A script is written in present tense, with no more than two or three lines per paragraph – dialogue too.

Twist your plot, then twist it again.

Sure, publishers would love to get their hands on “the Harry Potter of the 2020’s” but not if it’s exactly like Harry Potter. They don’t want potential readers to say, “I already have a book about an Indian boy who spends 227 days in a lifeboat with a Bengal tiger. I don’t need another one.” You might have come up with that brilliant plot device all on your own, without the inspiration of somebody else, but if it happens to have already been used by somebody else, your chance for a sale just went way down. Ironically, to create a truly original story, you have to become very familiar with other people’s stories, to make sure that yours is sufficiently different from them.

Good writing must include the unexpected. So when you come up with one good idea, keep coming up with more. If you don’t have enough good ideas, try browsing through the standard plot types. But you can build twists yourself. You could summarize The Silence of the Lambs in a brief logline, as follows:

An F.B.I. agent tracks down a serial killer.

Other stories have had that same premise. How about adding to it?

A young F.B.I. cadet must confide in an incarcerated and manipulative killer to receive his help in catching another serial killer.

Now that is getting more interesting. But don’t stop yet.

A young F.B.I. cadet tracks down an elusive serial killer as she develops his psychological profile, reluctantly confiding in a manipulative psychologist who has been locked up for years after committing a series of similar murders.

Instead of an ordinary F.B.I. agent, now there is a particularly vulnerable one, mismatched for the task. Because instead of one murderer, now there are two murderers, both clever, and one is stalking the other from behind bars. Satisfied? With that kind of carefully planning, your script could win an Academy Award, as The Silence of the Lambs‘s script did. The original novel sold 11 million copies.