Three Act Structure: How to Nail This Story Structure in 3 Steps 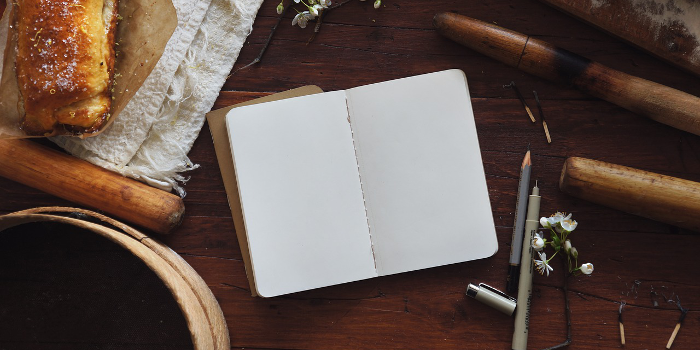 Stories have been around for longer than we’ve been writing them down. The three-act story structure was even there before we knew what to call this method of storytelling.

If you’re learning how to write a book, or just want to ensure your story structure is made for those looking for a good read, using the three-act structure is one of the best ways to do so.

Very successful and famous authors still use this method to this day. In fact, the book I’m currently reading features this structure (and I’m fighting the urge to go finish it right now!).

Here are some authors who use the three act structure:

Bestsellers often embody this method of writing a novel, and we’ll teach you how to master it.

What is the three act structure in stories?

The three act structure is a method of writing a novel in which the author crafts the story in three main sections, including the introduction/setup, the middle conflict, and the last act featuring the climax and resolution, with the purpose of creating an intriguing story.

Each of these acts contains specific elements in order to fulfill the plot needs readers not only desire, but almost expect when reading.

This structure was not created for storytelling but rather, those who have studied the greatest novels concluded that they are good because they are constructed this way.

You may even see books that include, “Part 1”, “Part 2”, and “Part 3” as separate pages within the novel itself, or as a header before a chapter.

Both Laini Taylor and Sabaa Tahir do this in their novels, as you can see in Sabaa Tahir’s Ember in the Ashes example below. 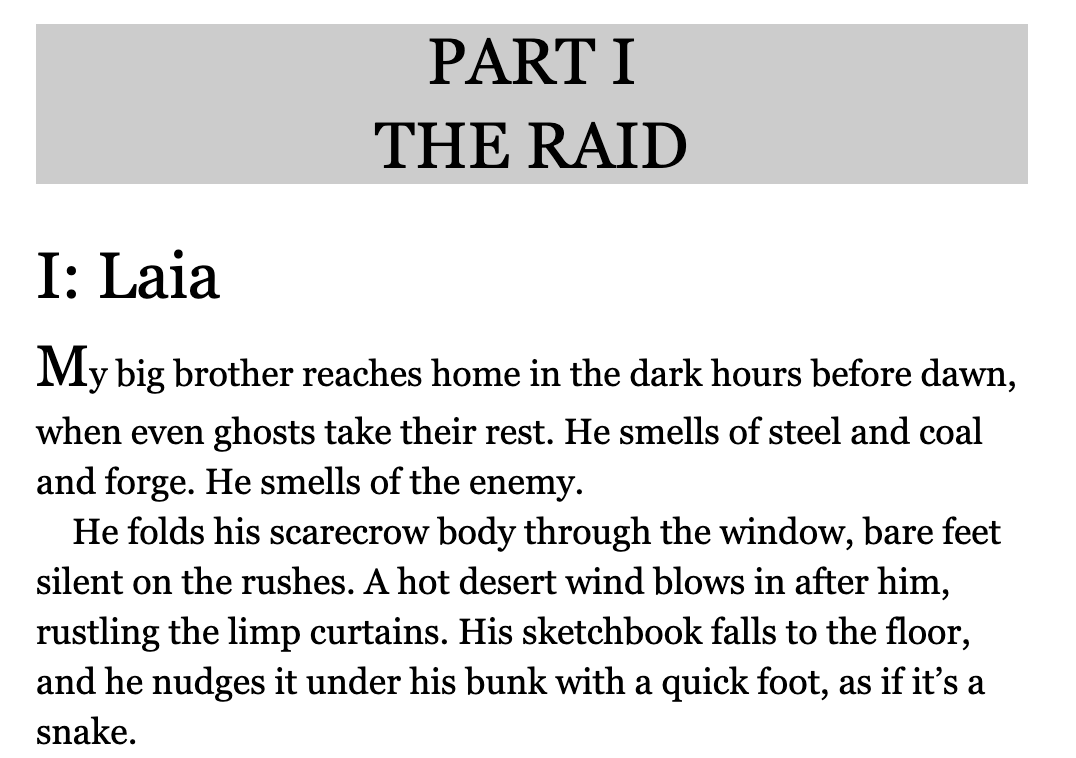 How to Use the Three Act Structure in Your Novel

If you really want to make your novel stand out and create intrigue, as well as pull readers through your book until the end (who doesn’t?), then knowing how the three act structure works is essential.

No matter if you’re writing fanfiction for fun, using your own novel idea, or just want to learn up on the different story structures, we’ve got what you need.

Check out these tips for how to use the three act structure.

No, this does not mean you have to spend hours upon hours or days upon days crafting the perfect first sentence.

It does, however, mean that you have to think about the way in which you introduce your main character, their everyday life, and how your story’s main conflict interferes with that reality.

These are the main criteria your first act must cover:

Typically, your first act covers the very beginning of the book up until your character has overcome their very first obstacle or are faced with their first major plot point.

It’s important when writing a book to know what these main events are. For this reason, we always recommend outlining your book when using any sort of story structure, but especially this one.

Here are some tips for getting these three main elements of the first act right:

Character introduction – Never start your book with a lengthy monologue from your character about their life or an info-dump about who they are, where they’ve been, and how they go to be where they are today. That’s boring and readers will…not read it. The best way to introduce your character is through voice, tone, and by crafting a scene of their day-to-day life. Through your character’s voice and tone of the narrative, we can understand their thoughts on their situation, if they’re generally happy or unhappy, or if they’re aloof. Remember, always do this by showing and not telling.

Character’s everyday life – This is where we want to start the book. In literature, the term for this is starting in “media res”, which simply means “in the middle.” We never want a big block of world-building or character backstory. We want to see exactly what the character’s life looks like regularly because this is what changes come the inciting incident. The bigger the contrast between their old life and their new one, the better and more intriguing.

Character introduction – The book opens on Katniss Everdeen waking up in the morning, but more specifically, the tone of the introduction features a sulking sadness and emptiness we understand to be her norm. The author uses key words like “cold,” “rough,” and “bad” all in the first paragraph.

Character’s everyday life – After a few paragraphs of getting to know Katniss’s living situation and relationship with her sister and mother, she heads out to hunt for the day. This is a really important scene because we learn how hard her life is and what she has to do in order to survive in her district.

The inciting incident – I’m sure you can think of what the biggest moment at the beginning of the book is, the moment that changes her life forever, the key mark of an inciting incident. It’s when Katniss’s sister is chosen during the reaping, but she, amidst panicking, shouts above the crowd, “I VOLUNTEER AS TRIBUTE!” From this moment, Katniss’s life will never be the same again.

There are several names for this middle act. It’s often the longest, and the hardest to get right.

The reason for this is because the middle of your story can be the most boring.

In the first act, we’re excited to not only read a new book but to also learn about this new character and the conflict plaguing their life.

In the second act, however, the conflict and the character begin to become comfortable for us. And what the second act is design to do is throw the reader (and the main character) out of that comfort zone in a way that grabs attention again.

There are really a few main ways you can construct your second act.

Firstly, you can follow the “yes but…no and…” methodology for creating a sense of triumph and failure for the character.

This “yes but…no and…” method works as follows:

What this method does is create a sense of progress for the reader without it being “too easy.”

Here’s an example of the “yes but…no and…” method for The Hunger Games:

Another method you can use is to simply have a “slap” or “pinch” in this act. Essentially what this is is when your character must face their biggest setback so far. Your character will face smaller trials up until this point, but during the second act, your character needs to face a struggle that almost bring them down to ground zero, but there’s still hope.

Now, this isn’t just the resolution. The events leading up to the climax and the climax are in this section as well.

Most often, you’ll see authors end their second act right after the biggest struggle in it, creating a cliffhanger to be resolved in act three, along with the events up to the climax.

Here are the main elements in your last act:

Using the three act structure in your novel will help ensure you hit the major points of what makes for a good book. If you can nail these sections, you’ll be able to pull readers along and keep them engaged in the story.

Do you follow this story structure when writing? What methods do you have that differ from this list?

2 Responses to “Three Act Structure: How to Nail This Story Structure in 3 Steps”