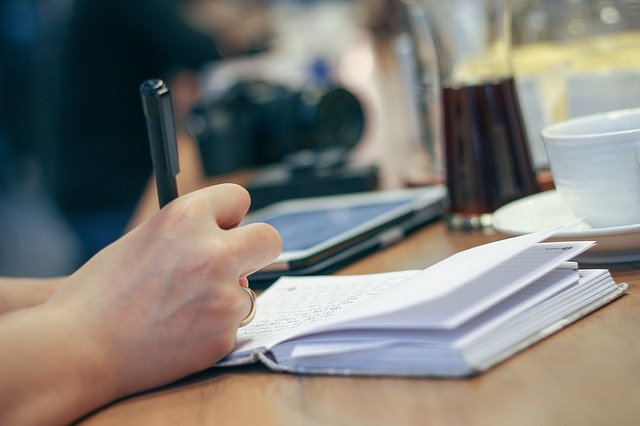 Why is it important to write correctly, to use standard grammar, spelling, and punctuation? Because you want people to understand you, that’s all. Why are the picky details important? If my headline had said “Write Good,” wouldn’t you understand that I meant “Write Well”? Maybe so, but it’s less distracting and easier to understand if I say it correctly. For a split second or longer, part of your mind would be confused, wondering if I was encouraging you to write about good things or something. Certainly part of your mind would wonder why you were seeing bad grammar in Daily Writing Tips. When my colleague Mark tried it as a joke, people noticed. Are you seeing my point?

Where students and teachers get into disagreements is when the young people insist that the way they write is now correct. Older teachers can recall saying the same thing when they were young, but in retrospect, being wrong. The slang of their youth didn’t become a permanent part of the English language. Some students might say, “I don’t have to follow no made-up rules!” If they say that, they are using a double negative, which was correct in Old English, before 1000 AD. After that, it was no longer correct. My advice: if English speakers have been following a rule for a thousand years, you might want to follow it too. People are probably used to it.

Recognizing a pattern makes reading easier, and that includes patterns of grammar and spelling. Of course, we recognize letters from their shape. It’s possible to read a line of text that’s missing the bottom half of each letter, but difficult to read it without the top half. But research also suggests that the shape of a word helps us to recognize it. Even without my glasses, I can see that loop begins with an ascending letter and ends with a descending letter – it slopes down – while pool slopes up.

When you type in ALL CAPS, every letter is the same height, so it not only looks like you’re shouting, it also makes it much harder to read. Certain parts of contracts are legally required to be “conspicuous,” so they are often capitalized. But why? After all, putting them in bold or larger type is also conspicuous. Attorney Matthew Butterick, the author of Typography for Lawyers, says, “All-caps para­graphs are an example of self-defeat­ing typog­ra­phy.” Readers inevitably skip over the most important parts because they’re so hard to read. I hope lawyers don’t write Terms of Service in all-caps to keep us from reading them.

My point: our brains understand things more easily because they fit our expectations. The reason I try to use proper grammar, spelling, and punctuation is not to impress my fourth grade teacher Mrs. Cascales. Alas, her jazz piano has been silent for many years, and she is no longer checking my writing for mistakes. No, I try to write correctly because it’s easier to read, because you’ve seen it written that way (AKA written correctly) before. Sometimes even minor grammatical choices can make reading slower or faster. I gave one example in my article Is That a Noun or a Verb? I’m Confused. When you don’t have to struggle with understanding my spelling or punctuation, you can focus on understanding my meaning.

People judge you by your language. In an article in the Harvard Business Review, Good Grammar Should Be Everyone’s Business, Brad Hoover of Grammarly studied 100 LinkedIn profiles, all native English-speakers, all working in the consumer packaged goods industry, with three employers or less in the first 10 years of their careers. He discovered the ones with fewer grammar errors in their profile were promoted to director level or above within those 10 years, while the other half were not.

In the musical My Fair Lady, Professor Higgins points out a lower-class flower girl and tells Colonel Pickering, “If you spoke as she does, sir, instead of the way you do, why, you might be selling flowers too.” When you leave out features in your writing that children learn in grade school, such as punctuation and capitalization, your readers will assume that you didn’t complete grade school.

I’m not arguing for exalted language, but for clear communication. Big words can be as imprecise as little words. Some academic writing styles don’t communicate more clearly, but only prove that you are an academic. Teachers and professors have to fight against spreading it. The improper use of passive voice is the best known symptom: “It has been been demonstrated by Jenkins that…” instead of “Jenkins proves that…” We’ve written several articles to help you manage your use of passive voice, such as Passive Writing and 7 Examples of Valid Passive Construction. When I was working for a phone company, an older physician called about an unexpected bill he received. He said, “This will not be disbursed.” I couldn’t resist saying, “Oh, you mean you won’t pay the bill?” Apparently and unfortunately, he had been taught to use language as a barrier, to keep his patients in their place so they wouldn’t question the bills he sends.

There’s nothing wrong with short words. Some long words are used specifically to keep from stating the truth directly. Comedian George Carlin pointed out that what was called “shell shock” in the First World War became “battle fatigue” in the Second. “Four syllables now,” says Carlin. “Takes a little longer to say. Doesn’t seem to hurt as much. Fatigue is a nicer word than shock.” A corporation does not fire an employee; it arranges a “negotiated departure” or makes a “workforce imbalance correction.”

Little things can have large consequences – including punctuation. Lynne Truss, English author and broadcaster, notes that the 1905 October revolution in Russia began when Bolshevik printers demanded to be paid the same rate for punctuation marks as for letters. Truss hosted a BBC Radio broadcast about punctuation, Cutting a Dash, which led to a best-selling book in 2003.

The title of the book, Eats, Shoots & Leaves: The Zero Tolerance Approach to Punctuation, comes from a joke:

A panda walks into a bar. He orders a sandwich, eats it, pulls out a gun, and fires two shots. The shocked bartender asks him why. The panda throws him a poorly-punctuated wildlife manual. “I’m a panda,” he says, “Look it up,” and walks out the door. Sure enough, the entry for Panda reads, “Large black-and-white bear-like mammal, native to China. Eats, shoots and leaves.”

Here you see that an extra comma can lead to increased gun violence.

Truss also wrote children’s books: Twenty-Odd Ducks: Why, Every Punctuation Mark Counts (2008)
The Girl’s Like Spaghetti: Why, You Can’t Manage Without Apostrophes! (2007). Notice that in each title, removing two punctuation marks completely changes the meaning.

Only after Eats, Shoots & Leaves went to press (naturally), Truss found details on another story she wished she could have included in her book. It concerned New England merchant Timothy Dexter (Newburyport, Massachusetts, 1748-1806), who wrote a pamphlet called A Pickle for the Knowing Ones, using his own unique spelling – and no punctuation. At the back of his second edition, he included this note:

I can’t be certain, but think he meant,

Knowing Ones complain of my book. The first edition had no stops [periods]. I put in enough here, and they may pepper and salt it as they please.

It was followed by a page of punctuation marks for their use.

The problem is that proper punctuation, spelling, and grammar are not condiments that can be added or left out on a whim. Not bothering to get them right may be easier on the writer, but harder on the reader. I think Dexter’s note proves my point, though I can’t be certain, because I’m not completely sure what he was trying to say.

2 Responses to “Reasons to Write Properly”