It’s Saturday, so instead of our usual writing tip we’ll have some fun. The image below appeared on Deborah Ng’s Google+ (Google’s social network) stream yesterday. Nice huh? 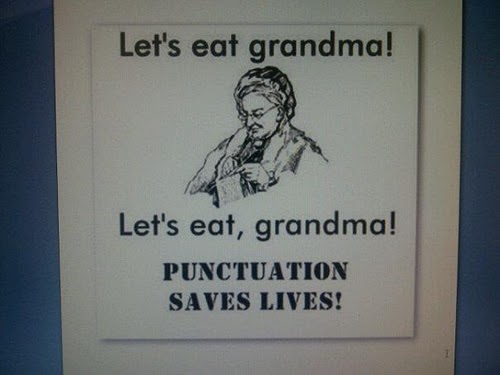 If you have similar images about the English language and want to see them featured on the blog you can send them to info@dailywritingtips.com. We might make this a regular column.

Keep learning! Browse the Punctuation category, check our popular posts, or choose a related post below: