Considering the countless labeled products of all kinds available in sundry stores, it’s astonishingly rare to find a typographical error or similar mistake on packaging. Accidents do happen, however — especially in the case of products manufactured and packaged overseas — as the following images attest. 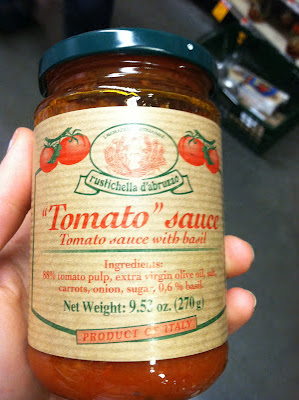 Gratuitous quotation marks, usually seen on handwritten signs because of the sign maker’s misguided intention to “highlight” key words, are virtually unknown on printed packaging. Here’s an exception; perplexingly, whoever was responsible for labeling this tomato sauce considered it necessary to emphasize tomato. This strategy, however, often has an effect opposite to that intended; enclosing a word in quotation marks implies that the product is ersatz — imitation tomato sauce, anybody?

Furthermore, each word in the primary line of identification (I’m sure the advertising industry has catchy jargon for this feature) — in this case, “‘Tomato’ sauce” — is generally initially capitalized if the line is not rendered entirely in uppercase letters, so sauce should be promoted to Sauce. (There are also a couple of errors at the end of the ingredient list: In many countries, a comma, rather than a period, is used to denote a decimal, but this Italian product’s text should have been Anglicized; also, no letter space should separate the percentage figure from the percent sign.) 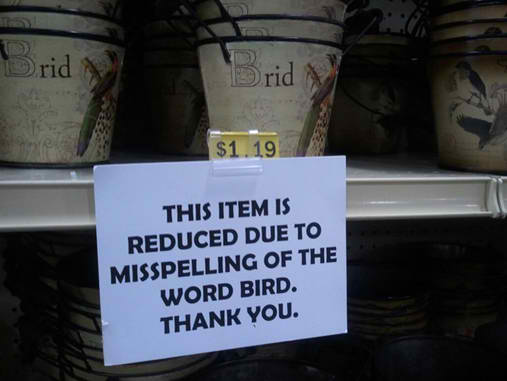 How’s that for customer service? A word with four letters — as opposed to a four-letter word, which is something else entirely — apparently the only text on what appears to be a small metal pail, is misspelled. (I guess the manufacturer’s proofreader was absent from work that day.) To try to make amends, the store management — props to some vigilant employee! — reduces the product’s price. Frankly, I would pay dearly for this word-nerd collector’s item. 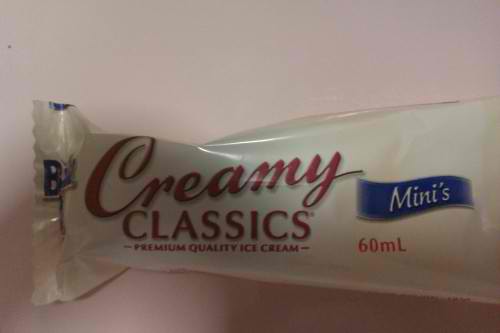 The apostrophe in Mini’s is extraneous, but the perhaps deliberate error is understandable but not excusable: Minis looks awkward (“What’s a min-iss?”). How about just Mini, though? 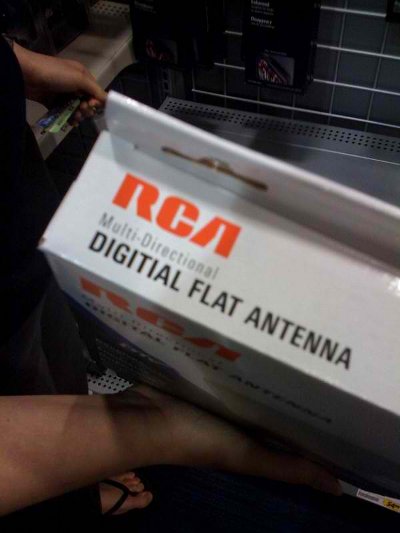 Such a prominent error on a package produced by a major corporation and featuring such sophisticated packaging design is very nearly astounding, considering that RCA and the like have entire departments devoted to vetting advertising and marketing content; I once proofed packaging for a (smaller) company myself.

In addition, multidirectional needs no hyphen, but trying to eradicate that ubiquitous anachronism — like most prefixes, multi- was originally attached to root words with a hyphen — is a lost cause. 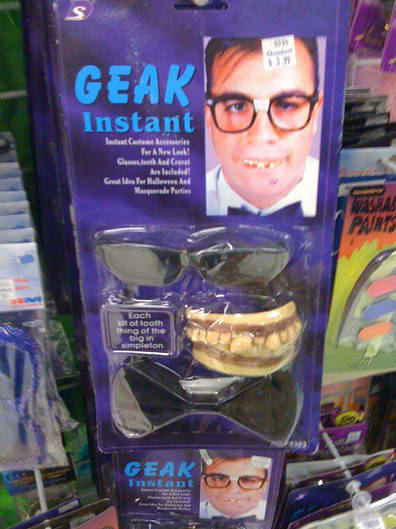 Geak? I admit misspelling nerd in my college newspaper, but this is absurd. (And anyone who wears this geaky Halloween gear is a freek.) 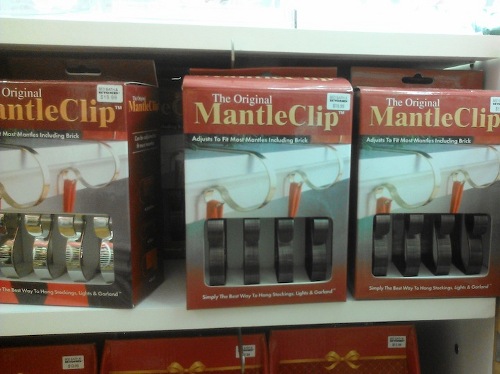 Yes, yes, Merriam-Webster’s Online cites mantle as a variant spelling for the word for the structure over a fireplace, but that’s an observation, not an endorsement. Let’s maintain the distinction between mantel and mantle, which share an etymology but — among careful writers, at least — have unique meanings. 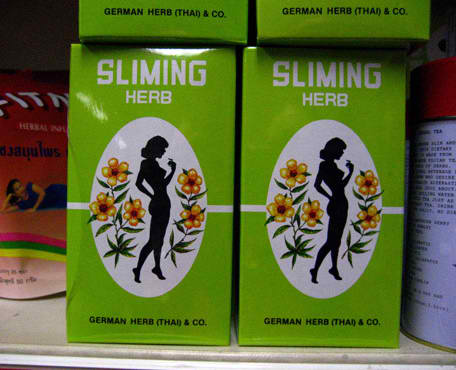 Who among us doesn’t want a slimer body? Let’s just hope it doesn’t turn our body black, like that slimed-down silhouette.

These images are from the websites Apostrophe Abuse, English Fail Blog, The “Blog” of “Unnecessary” Quotation Marks, and Wordsplosion.com, as well as from Daily Writing Tips reader thebluebird11.