One does not rely on the entertainment industry to model proper grammar and punctuation, but is it too much to expect that movie titles make grammatical sense? Evidently, it is; filmmakers and film studio marketing staff have more important things to do than ensure that titles correctly use hyphens and apostrophes, appropriately employ punctuation marks, and form verbs properly, as these movie posters demonstrate. 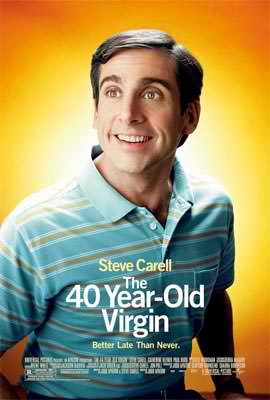 An early poster for The 40-Year-Old Virgin omitted the first hyphen, resulting in a title that didn’t make sense. If it were plural, it could refer to twoscore twelve-month-old babies, but that’s rather complicated. Fortunately, later versions were corrected, and moviegoers were left with a comforting correlation between a photograph of Steve Carell’s dorky-looking title character and a that-figures movie title. 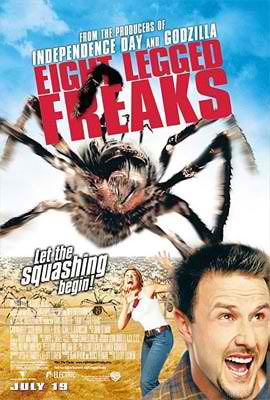 The title of the horror-comedy Eight Legged Freaks appears to refer to an octet of people who may be otherwise abnormal but are equipped with legs. However, as an epithet for unusually large and aggressive spiders (apparently based on an ad lib from the star of the film, which originally bore the title Arac Attack), it should read Eight-Legged Freaks; the words eight and legged must — outside of Hollywood, that is — be hyphenated to signal that they combine as a single term modifying freaks. 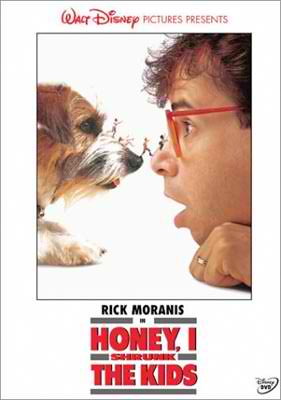 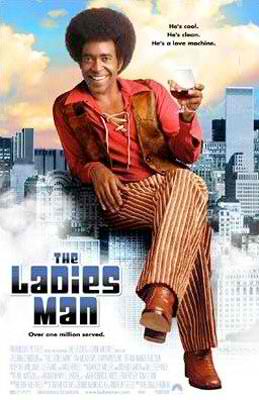 This man belongs to the ladies. He is in their possession. Ladies claim ownership of this man. He is a ladies’ man. Ladies, is this your man? 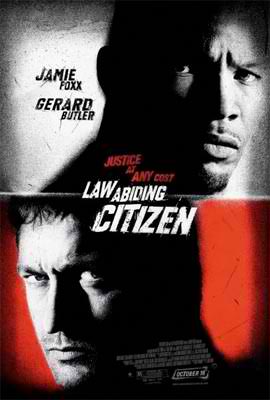 A citizen who abides by the law is a law-abiding citizen; law and abiding are connected by a hyphen to show that together, they describe the particular type of citizen ostensibly featured in this film (in reality, the protagonist is a law-flouting citizen — but that’s Hollywood for you). The lack of a hyphen is excusable in display type on a movie poster or in the film’s credits, but when it is omitted on promotional materials as well, the producers are not law-abiding filmmakers. 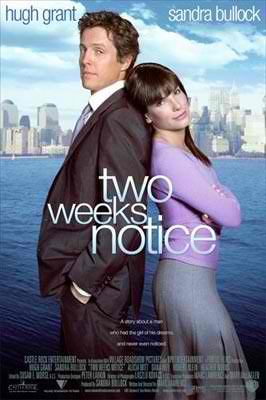 When you plan to resign from a job, it’s customary to give notice two weeks in advance of your planned departure date. You give a notice of two weeks. The two weeks “belong” to the notice, so it’s “two weeks’ notice” (or “a two-week notice,” though the other form is much more common). 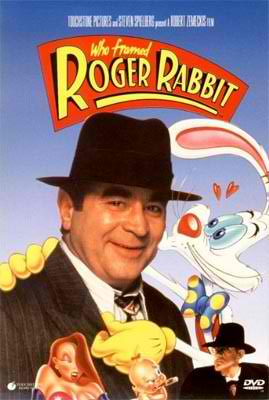 This title is a question. The source material for the film is a novel titled Who Censored Roger Rabbit? So, why does the movie title not include a question mark? Some sources claim that filmmakers have a superstition that titles so adorned do poorly at the box office. Tell that to What’s Up, Doc?, Whatever Happened to Baby Jane?, Who’s Afraid of Virginia Woolf?, and, more recently, O Brother, Where Art Thou?, among others. This film did very well, but I think would have been just as successful with the perilous punctuation mark. Defenders will say the title is shorthand for “Find Out Who Framed Roger Rabbit,” but that requires logical contortions not even the rubber-limbed title character can manage.