50 Incorrect Pronunciations That You Should Avoid

Fred Astaire drew laughs back in the Thirties with his song “Let’s Call the Whole Thing Off” in which the lovers can’t agree on the pronunciation of words like either, neither, and tomato. 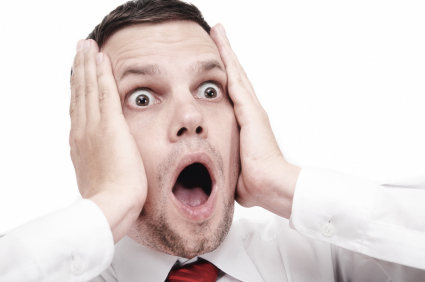 On a personal level, I cringe when I hear someone sound the “t” in often or pronounce pecan with a short “a,” but I have to acknowledge that both these pronunciations are widely accepted alternate pronunciations that can be justified by the spelling.

Alternate pronunciations, however, are a different matter from out-and-out mispronunciations. The latter, no matter how common, are incorrect, either because of the spelling that indicates another pronunciation, or because of what is widely agreed upon to be conventional usage. Word of caution: I’m writing from an American perspective.

Here are 50 frequently mispronounced words. The list is by no means exhaustive, but provides a good start.

1. aegis – The ae in this word is pronounced /ee/. Say EE-JIS/, not /ay-jis/. In mythology the “aegis” is associated especially with the goddess Athene. It is her shield with the Gorgon’s head on it.

2. anyway – The problem with this word is not so much pronunciation as the addition of an unnecessary sound. Don’t add an s to make it “anyways.” The word is ANYWAY.

10. cache – The word is of French origin, but it does not end with an accented syllable. A cache is a hiding place or something that is being hidden: a cache of supplies; a cache of money; a cache of drugs. Say /KASH/, not /ka-shay/.

12. cavalry – This word refers to troops that fight on horseback. Say /KAV-UL-RY/, not /kal-vuh-ry/. NOTE: Calvary refers the place where Jesus was crucified and IS pronounced /kal-vuh-ry/.)

13. chaos – The spelling ch can represent three different sounds in English: /tch/ as in church, /k/ as in Christmas, and /sh/ as in chef. The first sound is heard in words of English origin and is the most common. The second sound of ch, /k/, is heard in words of Greek origin. The third and least common of the three ch sounds is heard in words adopted from modern French. Chaos is a Greek word. Say /KAY-OS/, not /tchay-os/.

15. daïs – A daïs is a raised platform. The pronunciation fault is to reverse the vowel sounds. The word is often misspelled as well as mispronounced. Say /DAY-IS/ not /dī-is/.

17. drowned – This is the past participle form of the verb drown. Notice that there is no D on drown. Don’t add one when using the word in its past form. Say /DROWND/, not /drown-ded/.

18. et cetera – This Latin term is often mispronounced and its abbreviation is frequently misspelled. Say /ET CET-ER-A/, not /ex cet-er-a/. For the abbreviation, write ETC., not ect.

19. February – Just about everyone I know drops the first r in February. The spelling calls for /FEB-ROO-AR-Y/, not /feb-u-ar-y/.

21. forte – English has two words spelled this way. One comes from Italian and the other from French. The Italian word, a musical term meaning “loud,” is pronounced with two syllables: /FOR-TAY/. The French word, an adjective meaning “strength” or “strong point,” is pronounced with one syllable: /FORT/.

22. Halloween – The word for the holiday Americans celebrate with such enthusiasm on October 31 derives from “Hallowed Evening,” meaning “evening that has been made holy.” The word “hallow” comes from Old English halig, meaning “holy.” Notice the a in the first syllable and say /HAL-O-WEEN/, not /hol-lo-ween/.

24. heinous – People unfamiliar with the TV show Law and Order: S.V.U. may not know that heinous has two syllables. (The show begins with this sentence: “In the criminal justice system, sexually based offenses are considered especially heinous.”) Say /HAY-NUS/, not /heen-i-us/.

26. Illinois – As with Arkansas, the final “s” in Illinois is not pronounced. Say /IL-I-NOY/ (and /Ar-kan-saw/, not /il-li-noiz/ or /ar-kan-sas/). NOTE: Some unknowledgeable folks may still be trying to pronounce Arkansas as if it had something to do with Kansas. The pronunciation /ar-kan-zuz/ is waaay off base.

28. incident – Something that happens is an “incident.” Don’t say “incidence” when you mean a specific event. There IS a word “incidence,” but it has a different meaning.

29. “irregardless” – See the real word, regardless.

30. jewelry – The word has three syllables. Say /JEW-EL-RY/, not /jew-el-er-y/. The pronunciation /jewl-ry/ is common but not correct, as it removes one syllable from the word.

32. medieval – The word has four syllables. The first E may be pronounced either short [med] or long [meed]. Say /MED-EE-EEVAL/ or /MEE-DEE-EEVAL/, not /meed-eval/.

34. Mischievous – This is the adjective form of mischief whose meaning is “calamity” or “harm.” Mischievous is now associated with harmless fun so that the expression “malicious mischief” has been coined as another term for vandalism. Mischievous has three syllables with the accent on the first syllable: /MIS-CHI-VUS/. Don’t say /mis-chee-vee-us/.

35. niche – The word is from the French and, though many words of French origin have been anglicized in standard usage, this is one that cries out to retain a long “e” sound and a /SH/ sound for the che. Say /NEESH/, not /nitch/.

36. orient – This word has three syllables. As a verb it means to place something in its proper position in relation to something else. It comes from a word meaning “east” and originally meant positioning something in relation to the east. Now it is used with a more general meaning. Say /OR-I-ENT/, not /or-i-en-tate/.

37. old-fashioned – This adjective is formed from a past-participle: “fashioned.” Don’t leave off the ED. Say /OLD-FASHIOND/, not /old-fashion/.

38. picture – There’s a K sound in picture. Don’t confuse picture with pitcher. Say /PIK-TURE/, not /pitch-er/. Pitcher is a different word. A pitcher is a serving vessel with a handle.

39. precipitation – This is a noun that refers to rain or snow, or anything else that normally falls from the sky. As with prescription (below), the prefix is PRE-. Say /PRE-CIP-I-TA-TION/, not /per-cip–i-ta-tion/.

41. preventive – The word has three syllables. A common fault is to add a syllable. Say PRE-VEN-TIVE/, not /pre-ven-ta-tive.

42. pronunciation – This word is a noun. It comes from the verb pronounce, BUT it is not pronounced like the verb. Say /PRO-NUN-CI-A-TION/, not /pro-nounce-i-a-tion/.

43. prostate – This word for a male gland is often mispronounced. There is an adjective prostrate which means to be stretched out facedown on the ground. When speaking of the gland, however, say /PROS-TATE/, not /pros-trate/.

45. regardless – The word has three syllables. Please don’t add an IR to make it into the abomination “irregardless”.

47. spayed – This is a one-syllable word, the past participle form of the verb to spay, meaning to remove the ovaries from an animal. Like the verb drown (above) the verb spay does not have a D in its infinitive form. Don’t add one to the past participle. Say /SPADE/, not /spay-ded/.

51. wintry – Here’s another weather word often mispronounced, even by the weather person. The word has two syllables. Say /WIN-TRY/, not /win-ter-y/.

1,356 Responses to “50 Incorrect Pronunciations That You Should Avoid”