30 Words Inspired by 29 People and An Elephant

Thousands of English words may be classed as eponyms, words derived from proper names. 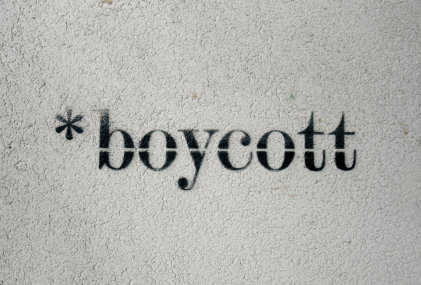 Many eponyms derive from deliberate choices to call a product, invention, or scientific discovery after the person most closely associated with it, for example: macadam, guillotine, pasteurisation.

Sometimes scientific terms are coined to honor a famous person or a friend, for example, watt, ohm, and dahlia.

Other eponyms derive from characters in fiction, mythology, or geographical locations, for example rambo, hermaphrodite, marathon.

Eponyms I find especially interesting are those that derive not from a deliberate naming process, but from distinctive associations with specific individuals.

Here are 30 eponyms that owe their existence to something–physical features, manner of dress, writing style, profession, or behavior–associated with specific people (and one elephant).

1. bowdlerize [bōd’lə-rīz’, boud’-] – “remove sexually offensive words or passages from a written work before publishing it.” From Thomas Bowdler (1754-1825) who published an edition of Shakespeare that left out such things as the porter scene in Macbeth. As preposterous as the idea may seem now, it was a boon to women who had previously been deterred from reading the plays by their parents, husbands, or dread of social disapproval.

2. boycott [boi’kŏt’] – “refuse to do business with with someone.” From Charles C. Boycott (1832-1897), the Irish land agent for an absentee landlord. Boycott refused to conform to land reforms supported by the Irish Land League. The League acted against Boycott by preventing his access to stores, postal service and other economic necessities. Boycotting is an important tool in campaigns of passive resistance to unjust social conditions.

3. cardigan [kär’dĭ-gən] – “style of sweater that opens at the front.” From James Thomas Brudenell, 7th Earl of Cardigan who is said to have worn a knitted waistcoat to keep warm on campaign. He was one of the commanders in the field on the day of the fatal Charge of the Light Brigade in the Crimean War.

4. casanova [kăs’ə-nō’və] – This is one of those many euphemisms for a man who preys on women. One definition is “a man gallantly attentive to women.” Others are “promiscuous man,” or “philanderer.” From Giacomo Jacopo Girolamo Casanova de Seignalt (1725-98), an Italian adventurer who wrote a memoir in which he bragged about his “conquests.”

5. chauvinism [shō’və-nĭz’əm] – “fanatical patriotism or an intense belief in the superiority of one’s own gender, group, or kind.” From Nicholas Chauvin, a soldier in Napoleon’s Army who was a by-word for stubborn loyalty to Napoleon’s Empire long after Napoleon’s defeat. “Male chauvinism” is the belief that men are congenitally superior to women and therefore have the right to set the standards for acceptable female behavior. The adjective is chauvinistic.

6. C-section (shortening of Caesarian Section) – “medical procedure in which a child is delivered by being cut from the mother’s womb.” Tradition traces the word to the belief that Roman Dictator Julius Caesar was so born. However, Roman doctors performed the procedure to save a child when the mother died before completing delivery. Julius Caesar’s mother, Aurelia Cotta, lived to raise her grand-daughter. The word “Caesarian” for the medical procedure may have more to do with the family name “Caesar” than with Aurelia’s son. Caesar comes from Latin caesus, past participle of caedere, “to cut.”

7. gerrymandering [jĕr’ē-măn’dər, gĕr’-] – “practice of dividing voting districts to give unfair advantage to one party.” From Massachusetts governor Elbridge Gerry (1744-1814). The shape of one of the voting districts suggested the body of a salamander, prompting a staffer at the Boston Gazette to coin the word Gerrymander.

8. leotard [lē’ə-tärd’] – “tights worn for dancing.” From Jules Léotard (circa 1839-1870), French acrobatic performer who was the inspiration for the 1867 song “The Daring Young Man on the Flying Trapeze.”

9. luddite [lŭd’īt] – “opponent of technological progress.” From Ned Ludd, an English laborer who was supposed to have destroyed weaving machinery around 1779. Later on (1811-1816) a band of weavers calling themselves “Luddites” destroyed machinery in the Midlands and northern England.

10. lynch [lĭnch] – Originally lynching meant any kind of impromptu justice, chiefly flogging. Now it means to hang someone in a mob frenzy without a trial. From William Lynch, the author of “Lynch’s Law.” The “law” was an agreement with the Virginia General Assembly in 1782 that allowed Lynch to capture and punish criminals in Pittsylvania County without trial. The county lacked official courts.

11. machiavellian [măk’ē-ə-vĕl’ē-ən] – “characterized by expediency, self-interest, and deceit.” From Niccolò Machiavelli (1469-1527), Italian political theorist who wrote The Prince (1513). In it Machiavelli argues that the most effective way for men and governments to achieve and maintain power is to act without regard to moral considerations.

13. marcel [mär-sĕl’] – “a hairstyle characterized by deep regular waves made by a heated curling iron.” Named for Francois Marcel, 19th century French hairdresser who invented the process in 1872. Can be used as a verb.

14. martinet [mär’tn-ĕt’] – “a military officer who demands strict obedience to regulations; by extension, anyone who demands absolute adherence to forms and rules.” Coined from the name of Col. Jean Martinet, a French drillmaster during the reign of Louis XIV (1643-1715).

15. masochism [măs’ə-kĭz’əm] – “sexual pleasure in being hurt or abused.” Coined in 1883 by German neurologist Richard von Krafft-Ebing (1840-1902), from the name of Leopold von Sacher-Masoch (1836-95). Sacher-Masoch was an Austrian novelist who wrote Venus in Furs, a novella about a man who enjoys submissive relationships with cruel women. The adjective is masochistic.

16. McCarthyism [mə-kär’thē-ĭz’əm] – “the practice of accusing people of political disloyalty without evidence; the use of unfair investigation methods to suppress opposition.” From U. S. Senator Joe McCarthy (1908-1957). Playwright Arthur Miller allegorized McCarthy and his methods in The Crucible, a drama about the 1692 witch hunt and hangings in Salem, Massachusetts.

17. mirandize [mə-răn’dīz’] – “to read the legal rights to a suspect arrested on a criminal charge.” From Ernesto A. Miranda (1941-1976), a laborer whose conviction on kidnapping, rape, and armed robbery was overturned because arresting officers had failed to inform him of his legal rights. Here’s the rest of the story:

Ernesto Miranda was retried after his conviction was overturned by the Supreme Court. In his second trial, his confession was not presented. Nevertheless, he was again convicted of kidnapping and rape based on other evidence. He served eleven years in prison before being paroled in 1972. After his release from prison, he made money by selling Miranda rights cards with his signature on them. In 1976, at the age of 34, he was stabbed to death in a bar fight. The man suspected of killing him invoked his Miranda rights and refused to talk to police. He was released and never charged with Miranda’s murder. —Mark Eiglarsh

18. Oscar – “statuette awarded for excellence in film acting, directing, etc., given annually since, 1928 by the Academy of Motion Picture Arts and Sciences.” The name “Oscar” was first applied to the statuette in 1936. The story is that Margaret Herrick, the Academy’s librarian, reacted to her first look at the statuette with the remark: “He reminds me of my Uncle Oscar.” Her uncle was Oscar Pierce, U.S. wheat farmer and fruit grower.

19. pompadour [pŏm’pə-dôr’, -dōr’] – “hair style in which the front of the hair is swept up and back in a large roll.” Named for Jeanne Antoinette Poisson, Marquise de Pompadour (1721-1764) mistress of Louis XV. A masculine version of the pompadour brushes the hair up from the forehead.

20. Ponzi scheme [pŏn’zē] – “an investment scam by which early investors are paid off from the contributions of later ones.” Named for Charles Ponzi, who perpetrated such a scam from 1919 to 1920. The name “Ponzi” may be eclipsed by that of “Madoff” to describe such a scheme. Ponzi’s scheme netted only a few million dollars. Bernard Madoff stole $50 billion from his investors over a period of several decades.

21. quisling [kwĭz’lĭng] – “traitor; turncoat; enemy collaborator.” From Vidkun Quisling (1887-1945) a Norwegian politician who headed a puppet government for the Nazis during the World War II occupation of Norway.

22. raglan [răg’lən] – “having or being a sleeve that extends in one piece to the neckline of the garment, with slanted seams from the armhole to the neck.” Named for Fitzroy James Henry Somerset, 1st Baron Raglan who was minus an arm. The special type of sleeve made his jacket fit better. Usually seen in the phrase raglan sleeve.

23. Reaganomics – “the economic policies of tax cutting and deficit spending.” Named for Ronald Reagan, U.S. President from 1981 to 1989.

explored such controversial subjects as rape, bestiality and necrophilia. He was a proponent of extreme freedom (or at least licentiousness), unrestrained by morality, religion or law, with the pursuit of personal pleasure being the highest principle.”

The adjective is sadistic [sə-dĭs’tĭk].

26. sideburns [sīd’bûrnz’] – “strips of hair at the sides of the face.” The word began as burnsides and referred to a style of facial hair that consisted of flaring side whiskers joining in the mustache. The chin was clean-shaven. Named for U.S. Army Gen. Ambrose E. Burnside (1824-81) who wore them. The word’s elements changed places by the process of folk etymology (false etymology).

27. tattersall [tăt’ər-sôl’, -səl] – “a pattern of dark lines forming squares on a light background; type of fabric with small and even check pattern.” From Richard Tattersall (1724-1795), founder of “Tattersall’s,” a London horse market and gambling rendezvous he founded in 1766. The pattern was a traditional one for horse blankets.

28. Victorian [vĭk-tôr’ē-ə-nĭz’əm, -tōr’-] – In one sense, the adjective can refer simply to the period of history that corresponds more or less to the reign of Queen Victoria of Britain (1837-1901), a period during which Britain led the world militarily, industrially, and politically. In another sense it signifies prudish behavior and social attitudes typical of the time. The phrase “Victorian London” evokes the image of a city of extremes. On one hand middleclass morality was so uptight that the word “limb” was preferred to more graphic words such as “leg” and “arm.” I’ve read that even piano legs were carefully clothed with ruffled coverings for reasons of modesty. On the other hand abandoned children slept in doorways in slums so depraved that police were afraid to go into them.

29. wellingtons [wĕl’ĭng-tən] – “waterproof boots of rubber or sometimes leather reaching to below the knee and worn in wet or muddy conditions.” Named for Arthur, 1st Duke of Wellington (1769-1852), who also in his lifetime had a style of coat, hat, and trousers named for him as well as varieties of apple and pine trees.

30. jumbo [jŭm’bō] – “unusually large.” In the 1880s “jumbo” was an English slang word for “clumsy, unwieldy fellow.” The famous elephant named Jumbo lived in the London Zoo for 17 years and was a great favorite with the English public. U.S. showman P.T. Barnum bought Jumbo for $10,000 in 1882. Thanks to circus advertising, the name “Jumbo” became a synonym for “huge.” In those days before animal protection laws, poor Jumbo did not have a happy life. Born in the French Sudan in 1861, he spent some time being exhibited in Paris before going to the London Zoo in 1865. When Barnum offered to buy him, 100,000 English school children wrote to Queen Victoria begging her to stop the sale. To no avail. Read Jumbo’s sad story at Wikipedia.