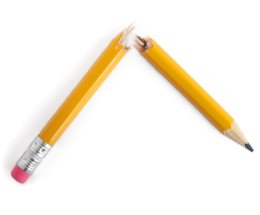 Computers and the Internet are revolutionizing the way we create and share information. Through blogs, wikis and social networks, you can reach literally 1.2 billion of people without leaving your room.

That being said, a little attention toward correct spelling and basic grammar rules couldn’t hurt, right? Below you will find some curious, to say the least, errors that we gathered on the Web.

“You are the best mom in the hole world” – Maybe the person lives in a hole or something, but he probably wanted to say the whole world.

“you might as well ask if less men enter nursing because there are less men in nursing” – Less men? Fewer men you mean! Less is used for uncountable things, like less sugar or less money. For plural things (countable), you must use fewer, like fewer cars.

“The stock market made further progress forward yesterday” – This one is coming from the New York Times (ouch!). Progress means to move forward or to develop, so “progress forward” is a redundancy, and should be avoided. It’s like to say that something is “absolutely essential…”

“took me around 1 hour and my cell ran out of credit) to resolve some minor (yet presistant) issues” – The issues were persistent, not presistant.

“The company provides solutions in the following specialty areas: information technology, proffesional services and direct hire/search” – This was found on a LinkedIn resume (ouch again!). Not sure how professional the services really are.

“the importance of the Internet and the roll it plays in our everyday lives” – The Internet plays a very important role, not roll, in our lives.

“These could of been handy because it’s easier to look at a more simple, less ‘messy’ theme to understand how…” – These could have been, not could of. Also, if something is “more simple” it is simpler.

“1K should be sufficient for an ernest payment” – Ernest is a male name. The good-faith deposit used in real estate transactions is called earnest payment.

“A friend will do whatever they can to lift you up when your down because they don’t like to see there friend hurt” – Friends (not “A friend”) will do what ever they can. The pronoun must agree with its antecedent. When you’re (not your) down. To see their (not there) friend.

“he’s alot like a younger version robert horry, same height, long body” – This is a mistake that happens a lot (not alot) around the Internet.

56 Responses to “Gross Writing Errors Found on the Web”