And The Winner Is… Orange Bubble Power! 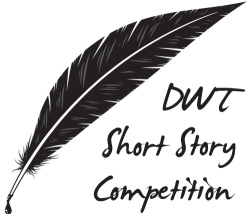 The Short Story Competition 2 has finally come to an end. The voting session last week was pretty interesting, with different stories taking the lead in different days, and in the end Orange Bubble Power won. Congratulations to Violet Toler!

Both Violet and Easton Miller, the runner up, will get a free license to the executive edition of the WhiteSmoke writing software, which costs $310. Thanks WhiteSmoke for sponsoring the event as well.

Finally, a big thank you to all the readers who supported the competition with their votes and comments. Below you will find the winning story once again.

I love to write. I hate housework. However, some mundane chores just won’t wait. One look at the bathroom sink caused me to grab my trusty Orange Bubble Power Wipes dispenser. Too bad those cute little scrubbing bubbles from the commercial aren’t real. I’d love to let them do the job while I compose the next NY Times best seller.

Might as well get it over, I thought, as I hurriedly opened the lid and snatched at the wipe. The tip tore off in my hand. Irritated, I pulled on the stub more forcefully this time. It ripped again. Grabbing the last smidgen that barely peeked through the slit, I yanked hard. Out came the rest of the wipe–unattached from the rest of the roll.

The second wipe should have fed through the X-shaped cut in the plastic top. It didn’t. Impatiently I jerked the lid off to feed the darn wipe through from the underside. The orange lid was stiff and unyielding.

“I don’t have time for this!” I grumbled. Accentuating my words with action, I vigorously crammed the wipe out the other side. That’s when my troubles began.

One-half inch of my index finger now protruded through the hole with half a wipe. A stream of Orange Bubble Power Wipes drooped between my hand and the open container on the hamper.

Try as I might, I couldn’t get free. I tugged and the blasted lid worked like Chinese handcuffs. The harder I pulled, the tighter it stuck. I twisted and turned, but remained trapped. Every movement sucked my fingertip in tighter still. Within minutes, sharp V-shaped points were digging into my flesh cutting off circulation.

How humiliating. This situation was far beneath my dignity. After all, I was a professional woman. I couldn’t allow anyone to see me like this, especially Stephen, my proper gentleman husband.

I was determined to solve this problem by myself in privacy. God knows I tried. I lathered my finger with soap. I pried. I twisted. I pulled. Nothing helped.

Oh, gosh durn, I thought, this hideous contraption is going to eat me alive! Orange Bubble Power indeed! I wondered if my finger was only an appetizer for this plastic vampire. It appeared voracious. Panicked, I swallowed my pride and called for help.

My urgent tone brought Stephen down the stairs two at a time. He burst through the bathroom door, out of breath. When I saw his concerned expression, I regretted frightening him. However, as he surveyed the situation, worry fell off his face so fast, I swear I heard it hit the floor.

His dignified manner disappeared as his lips twitched, then his whole face rippled as he broke into laughter. This was no mere grin or snicker, but was a total knee-slapping belly laugh. I stood there, annoyed, humiliated, and in pain. He finally regained his composure, held my finger tight, and tried to unscrew the lid, so to speak. His plan went awry. So did my usually mild demeanor as I told him what I thought of his attempt.

He poured half a bottle of liquid soap and some cooking oil over my finger. It added goop to the mess, but didn’t penetrate the orange grip of death. Imagining the worst, it dawned on me that my finger could die without blood. For all I knew, I could be facing amputation!

Panicked, I ran through the house for my sewing shears. Ten feet of Bubble Power Wipes streamed behind like crepe paper from a Main Street parade. The empty container rolled onto the floor with a thump. With my left hand, I grabbed the scissors and tried to cut myself free. No luck. Stephen took over, but my scissors couldn’t grip the slimy lid. We tried again after rinsing, but the rigid material was unrelenting. So was the pain!

Stephen headed for his basement workshop for tin snips leaving me helpless and alone for what seemed an eternity. By this point, I was ready to stoop to just about anything. I seriously considered dialing 911 with my good hand, all the while picturing the Jaws-of-Life rushing to my rescue.

Stephen finally returned. I wailed shamelessly as he snipped at the blasted lid. Jagged points bit deeper with every clip. After several distressing snips, he pried the plastic apart and set me free. My poor finger had four pointed indentations that resembled tooth marks and a bloodlessly white tip. Other than that, I had escaped the Orange demon.

My hero tried to manage a straight face. “What on God’s green earth were you trying to do?”

“Believe me,” I pronounced grimly, “Those Scrubbing Bubbles may look cute on TV, singing their little high-pitched song, but don’t let them fool you. Those sweet grins hide sharp, powerful, orange teeth that are just waiting to attack! Lucky for me, you were here. They would have done their dirty deed, wiped up the mess, and you’d have never known what became of me.”

He left the room muttering something about finding a support group for husbands of imaginative writers. Me? I headed for the computer to write this story one-handed.


Keep learning! Browse the General category, check our popular posts, or choose a related post below:

9 Responses to “And The Winner Is… Orange Bubble Power!”